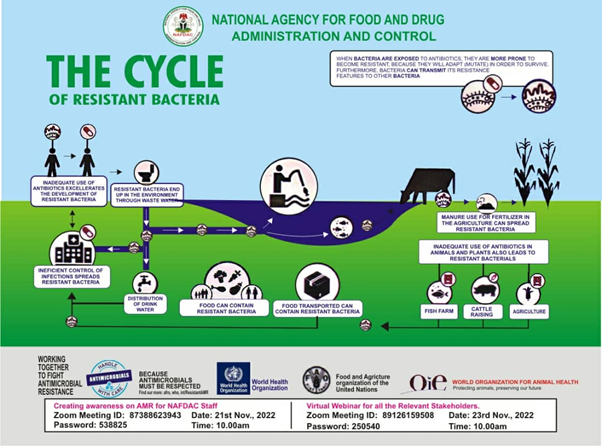 The International Coalition of Medicines Regulatory Authorities (ICMRA) adopted antimicrobial resistance (AMR) as a strategic priority and committed its support for the fight against AMR in a joint statement published in 2019. Building on ICMRA’s AMR commitment, a new project on AMR best practices was adopted during the ICMRA Plenary Meeting in April 2021. Leveraging collective knowledge and experience, the project aimed to develop short case studies to highlight some of the successful or promising regulatory and non-regulatory interventions that are used in different jurisdictions to address AMR.

A Working Group was convened in September 2021 to advance the project (members: Health Canada [Canada (lead)]; European Medicines Agency [European Union]; Medicines and Healthcare products Regulatory Agency [United Kingdom]; Ministry of Health, Labour and Welfare [Japan]; National Administration of Drugs, Food and Medical Devices [Argentina]; National Agency for Food and Drug Administration and Control [Nigeria]; Saudi Food & Drug Authority [Saudi Arabia]; Swedish Medical Products Agency [Sweden]). The group developed a report summarising the project’s aims and resulting case studies in 2022. The case studies serve as tools to raise awareness, within the ICMRA membership and beyond, of some of the important actions taken to date to combat AMR. The case studies may promote further discussions within the ICMRA membership, strengthening the resolve to take bold steps to address this important public health issue and setting the stage for future collaborations. It may also be possible to adapt these best practices for implementation across member countries.

In support of World Antimicrobial Awareness Week (WAAW) 2022, the ICMRA AMR Best Practices report will be published in English and French on the ICMRA website on 21 November. The report, its key messages and the ICMRA statement on AMR will be promoted via diverse communication channels during WAAW to raise awareness of the growing public health threat of AMR and to highlight successful regulatory and non-regulatory interventions, which are used to tackle this problem.

This communication toolkit is developed to streamline communications and promotion of the ICMRA AMR Best Practices Report during WAAW. It includes a list of key messages, visuals and suggested social media activities to help ICMRA members and partners spread the word about the ICMRA report and key messages on AMR.
Objectives

ICMRA shares information about its work with specialised audiences, including international collaborative bodies, medicines regulatory authorities around the globe, pharmaceutical industry, global non-profit organisations, as well as major academic and philanthropic organisations with an interest in medicines regulation. The main audience group for communicating on the ICMRA report on AMR best practices are ICMRA members and other global medicines regulatory agencies.  Other interested parties may include global public health, medical device, veterinary, agricultural and environmental regulatory agencies, healthcare professionals, veterinarians, and governmental policy units with a particular interest in AMR.

It is also important that staff of ICMRA member organisations are kept informed of the main messages and deliverables concerning ICMRA’s efforts to contribute to the fight against AMR so that they are equipped to amplify key messages and deal with questions or comments on their agency’s work in this area.

To reach the above-mentioned audiences, ICMRA will use its established channels, including:

Note: Each ICMRA member is encouraged to translate and tailor the key messages to the needs of their local audiences.

To mark World Antimicrobial Awareness Week in 2022, ICMRA has developed a set of info-cards to raise awareness of AMR and to highlight actions and activities (including best practices from around the world) stakeholders can take to help fight this growing public health threat. 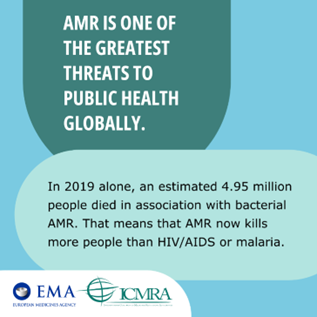 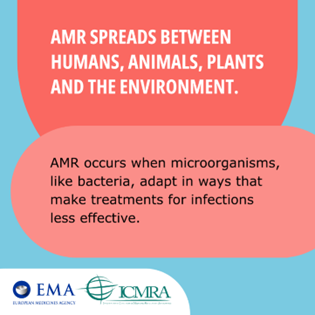 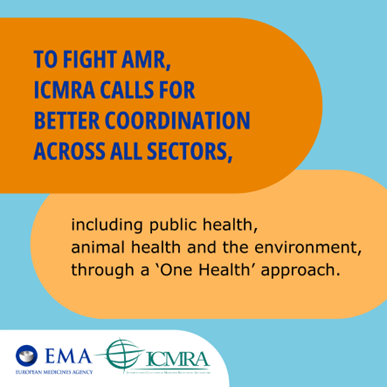 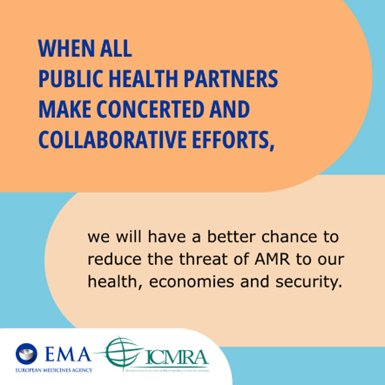 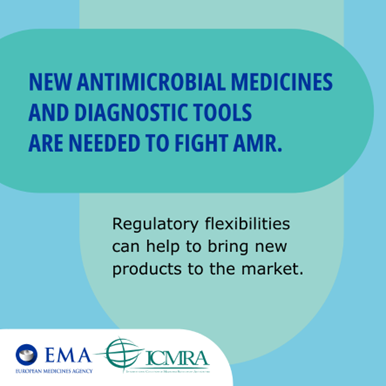 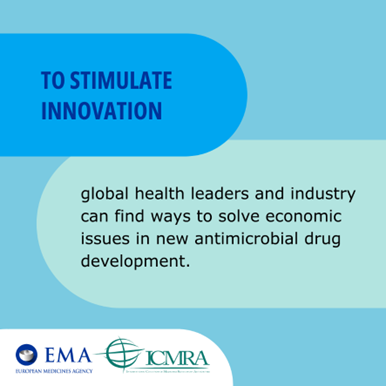 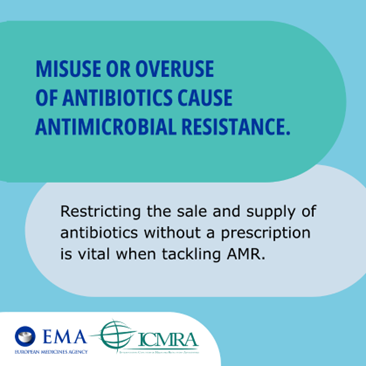 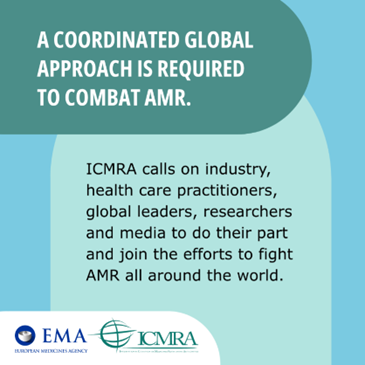